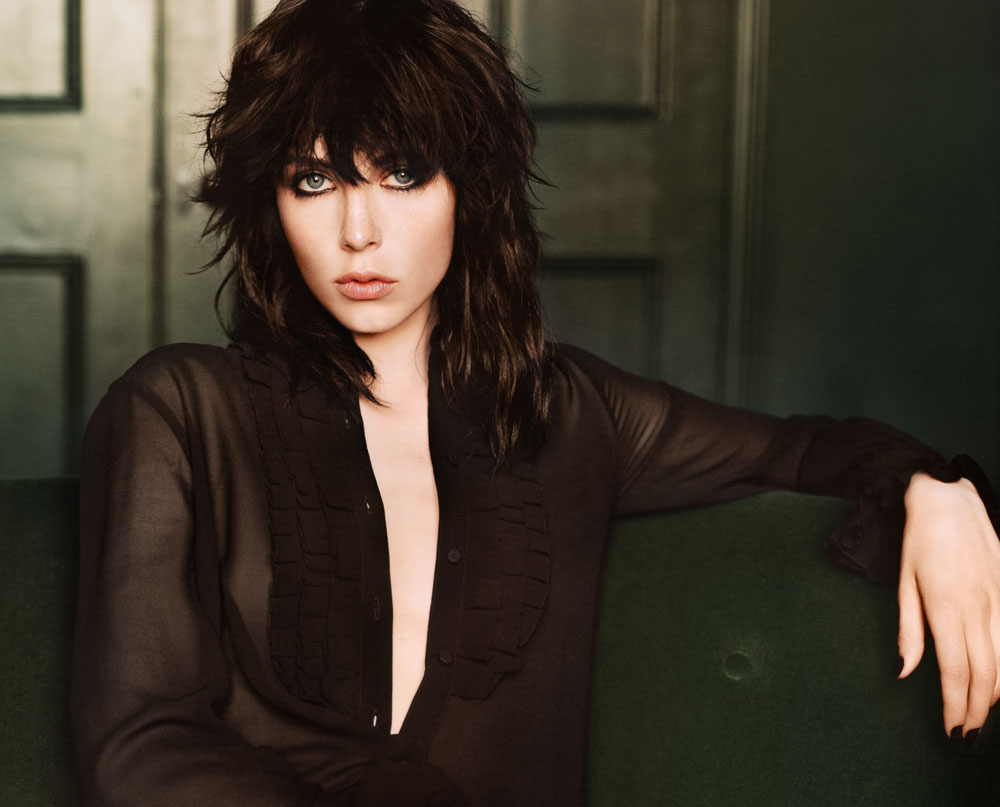 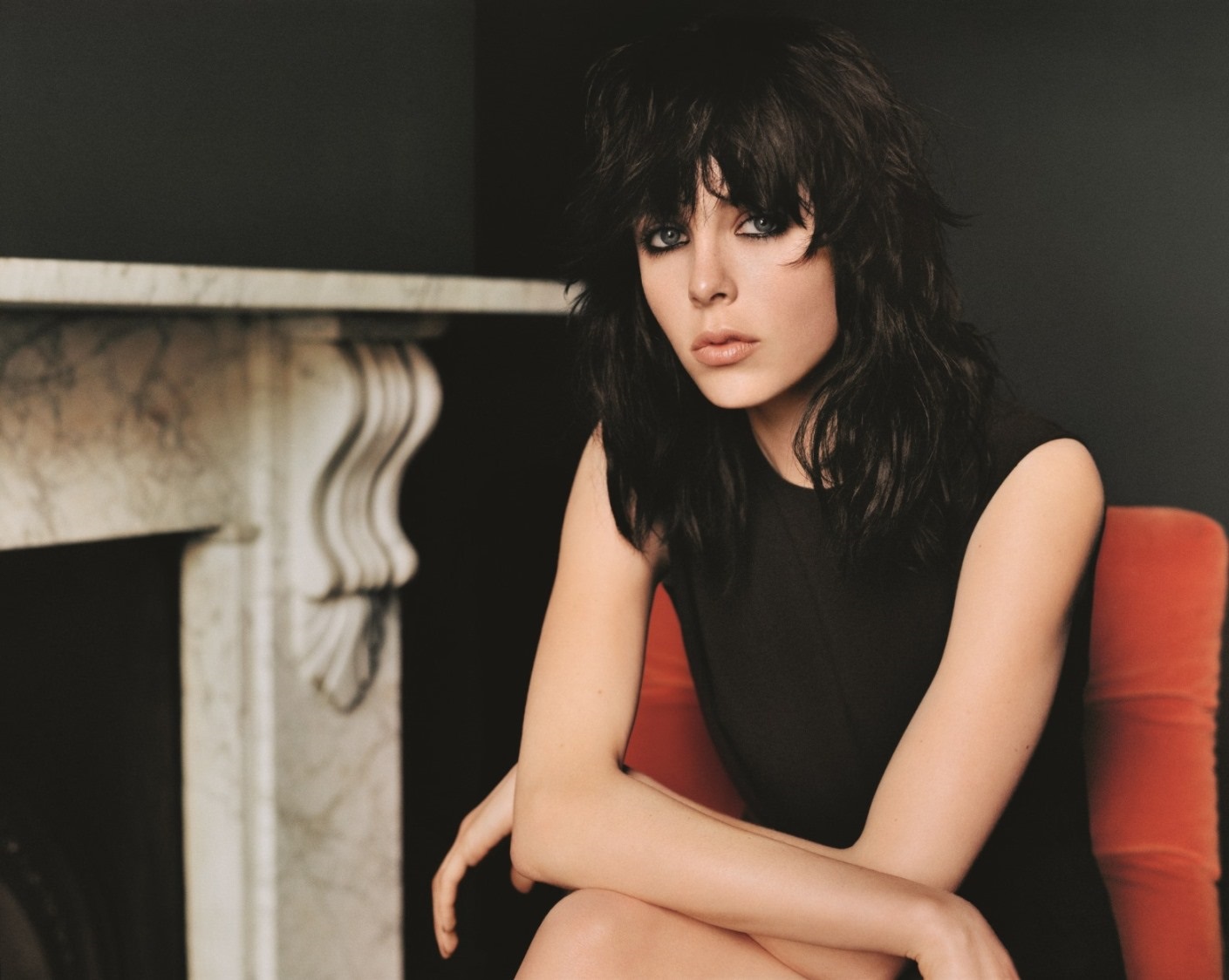 On The Scent: Edie Campbell

YVES SAINT LAURENT BEAUTÉ cites the inspiration for its new fragrance, Black Opium, as a woman who is “elegant, stylish and with a piercing intelligence and languorous beauty,” — making Edie Campbell a fairly sensible choice. With an art history degree under her belt, a talent for horse racing and a genuine interest in every fragrance, dress, bag or pair of sunglasses that she represents, Campbell fits the bill on every level.

“I love what Hedi’s been doing and that first collection I campaigned for was particularly good — I loved it. It was, you know, perfect,” Campbell told us. “It shows brilliance. Also the house is amazing — the history of it, Yves Saint Laurent’s world, his Parisian life. It’s in the past but feels quite present.”

At odds with the heady original Opium scent, launched by Saint Laurent in 1977, Black Opium is a gourmand floral fragrance which opens with a strong coffee bean accord before developing with white flowers, vanilla, cedar and patchouli. For Campbell, however, it still doesn’t beat her ultimate favourite scent — a rather unconventional one — but that’s not to say that she doesn’t love the world of luxury fashion and fragrance.

“My favourite smell is horses. In fact, most of the time I do smell like horses,” the model, who won The Magnolia Cup at Glorious Goodwood this year, admitted. “But if I wasn’t modelling I’d probably be an intern somewhere, working for someone who interned the year before me. It’s amazing to be able to work with people right at the top of whatever they do… inspiring photographers and stylists with very interesting visual language. The more I do it the more I enjoy it.” 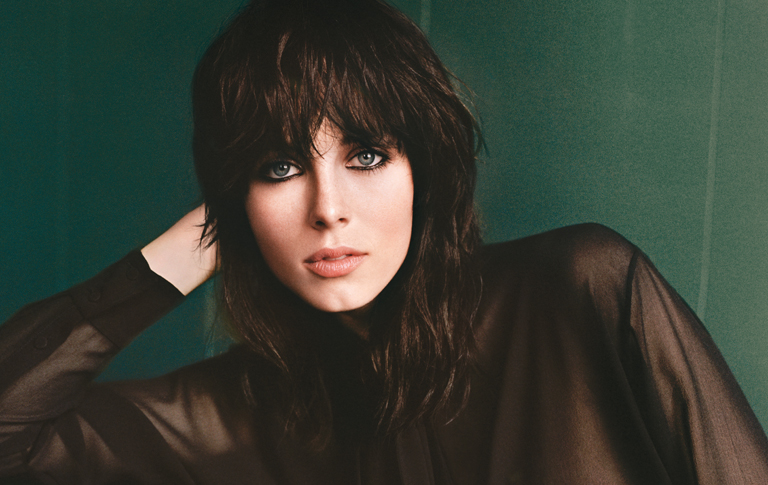 Edie Campbell is the new face of YSL Black Opium

Edie Campbell, who won Model of the Year at the 2013 British Fashion Awards, is the newest face of Yves Saint Laurent fragrance, Black Opium.

It was kept a secret for a while, but now the gorgeous model has been raving about her new gig.

“My role is to embody the Black Opium woman — I suppose you have to be the living embodiment of all the intangible things the brand stands for.

Black Opium seems strangely familiar — It doesn’t seem alien or overpowering, it has a bit more subtlety which is nice. I like the unique contrast in combination between the bitterness of coffee bean and the sweetness of vanilla.” 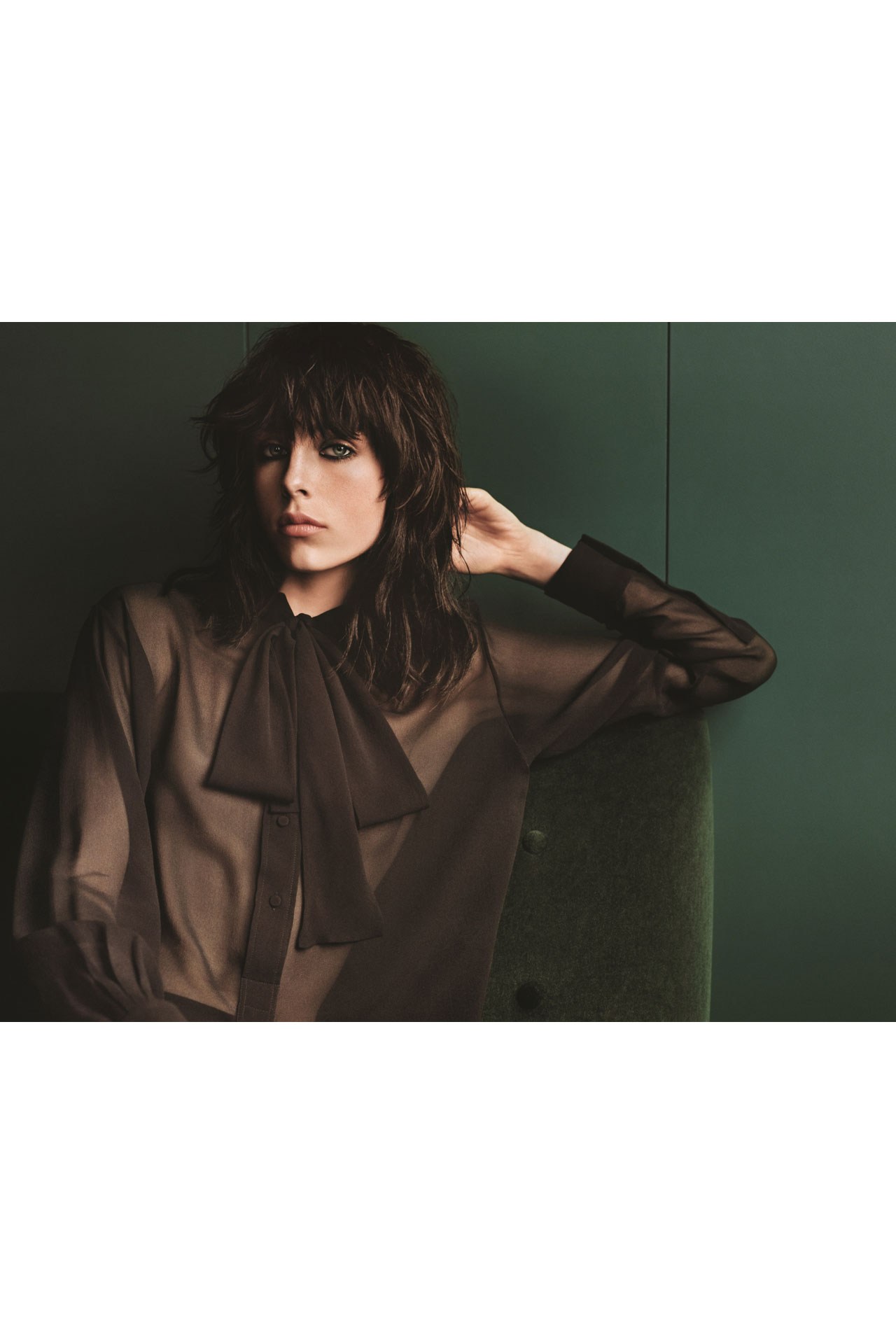 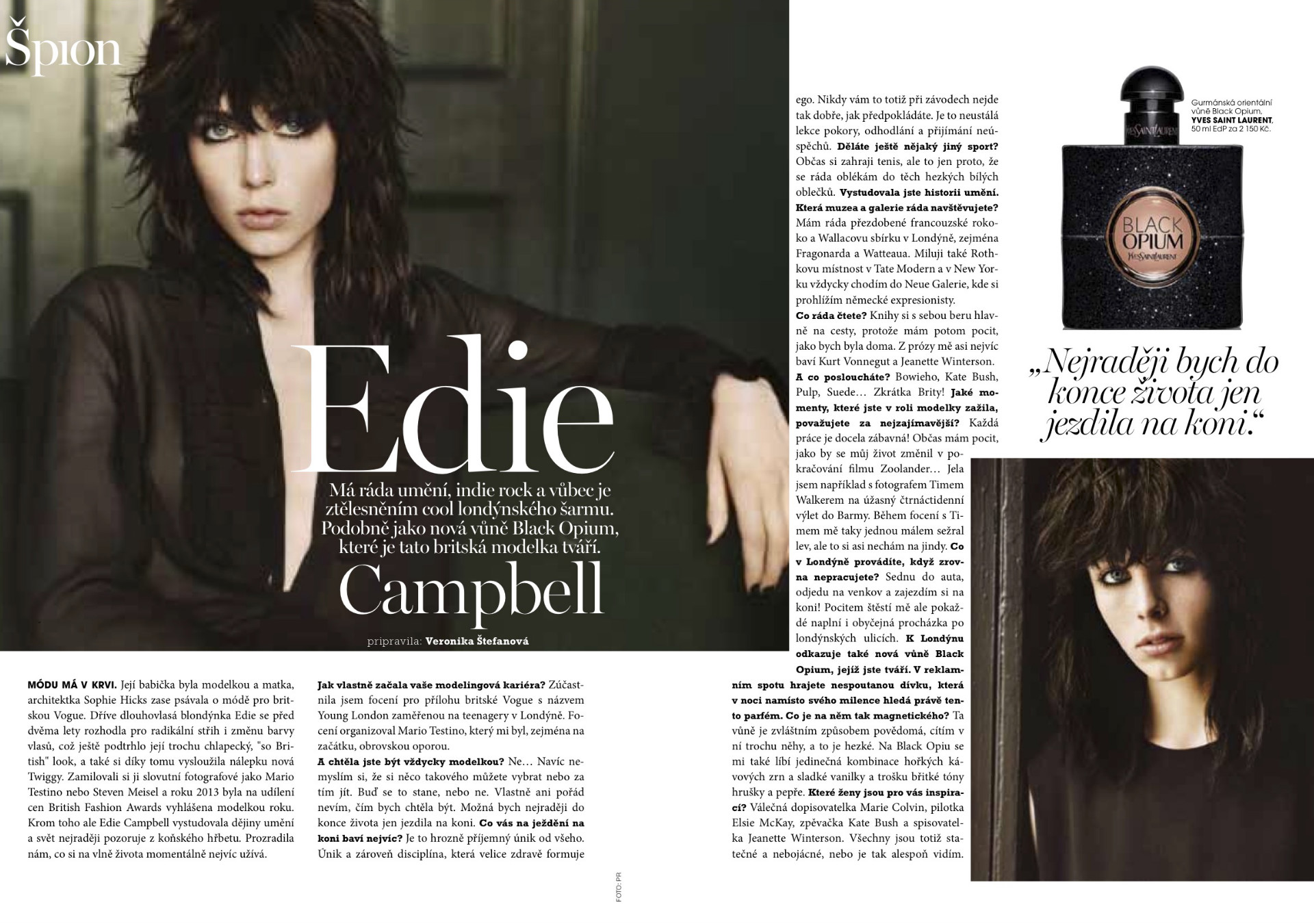 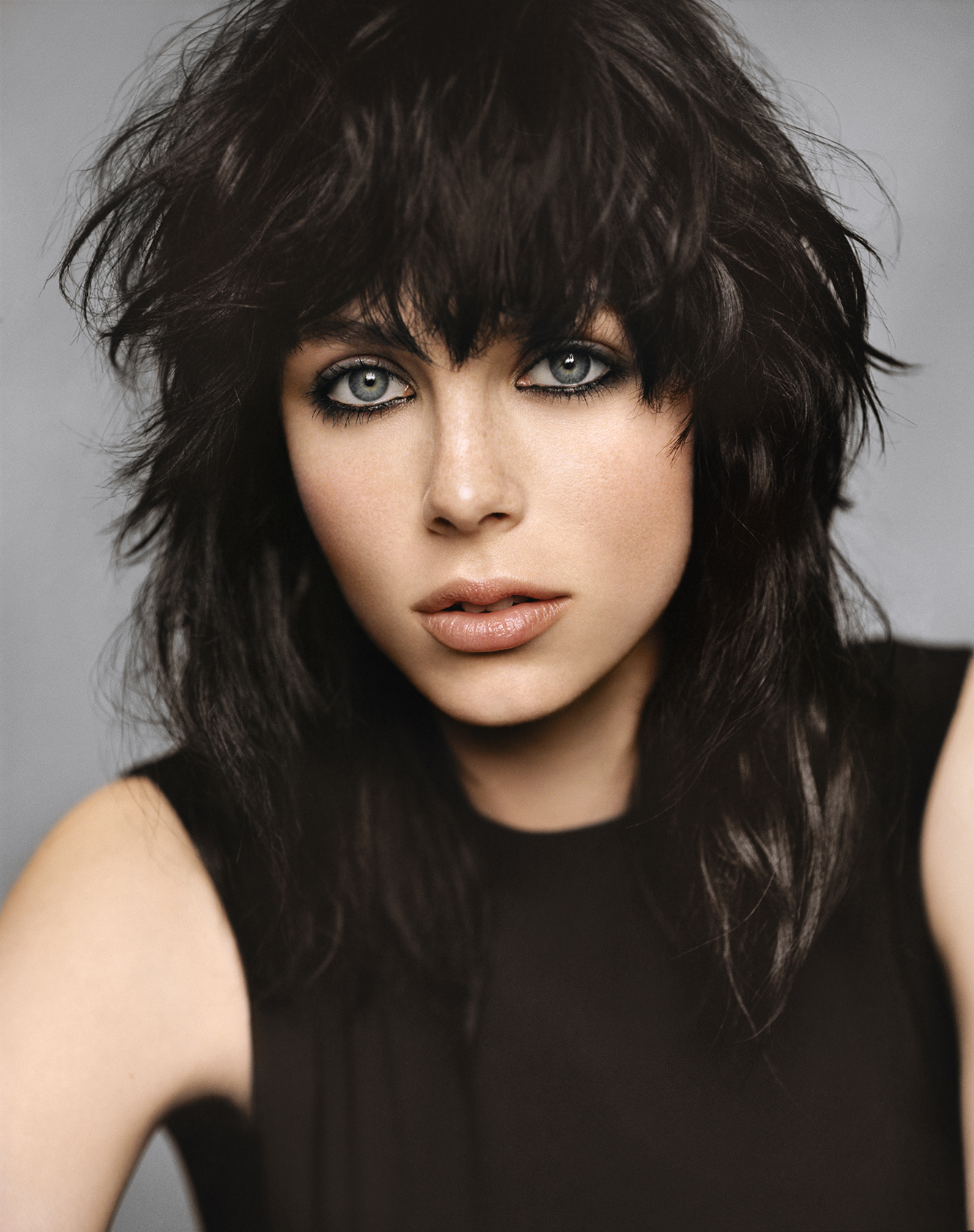 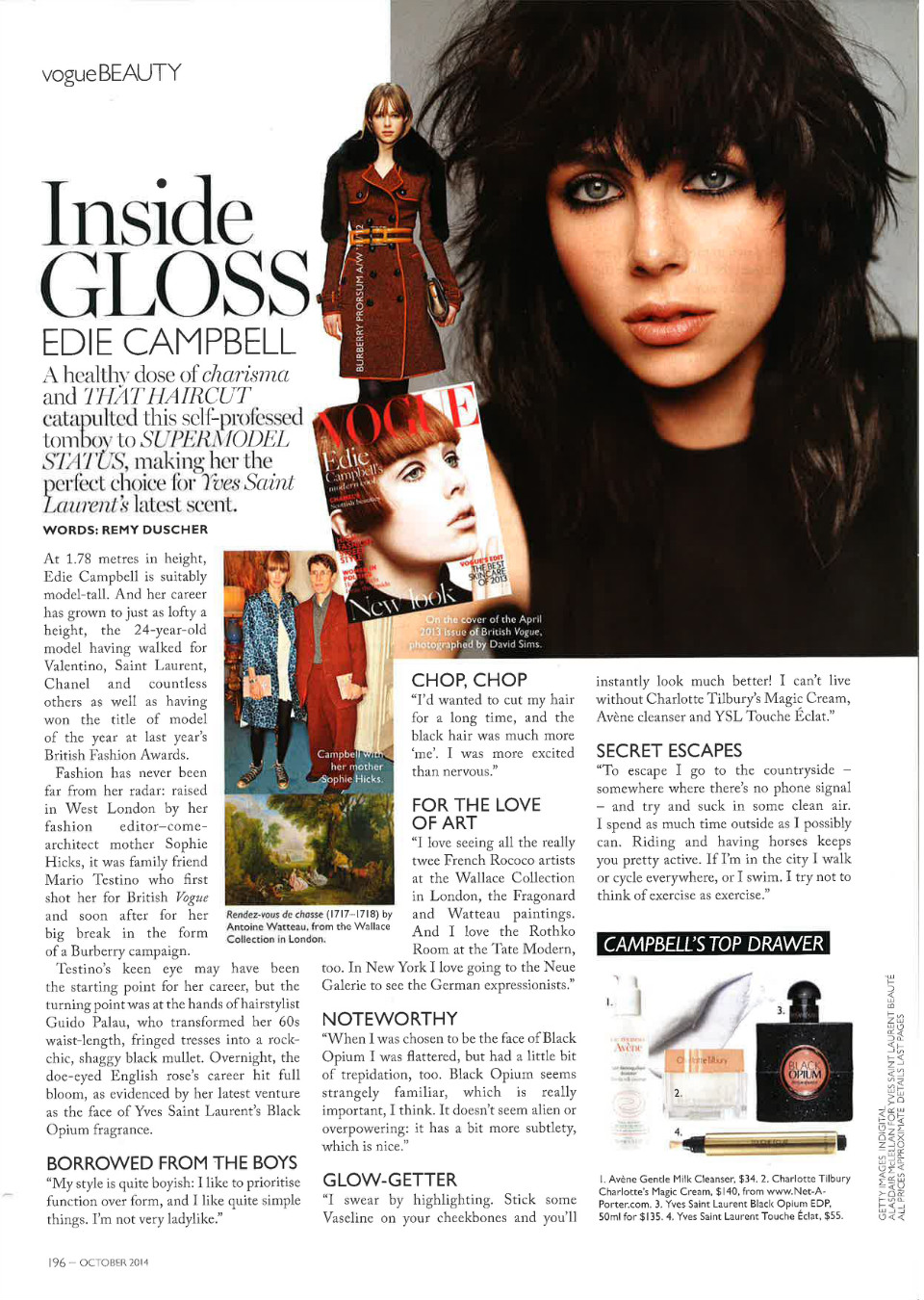 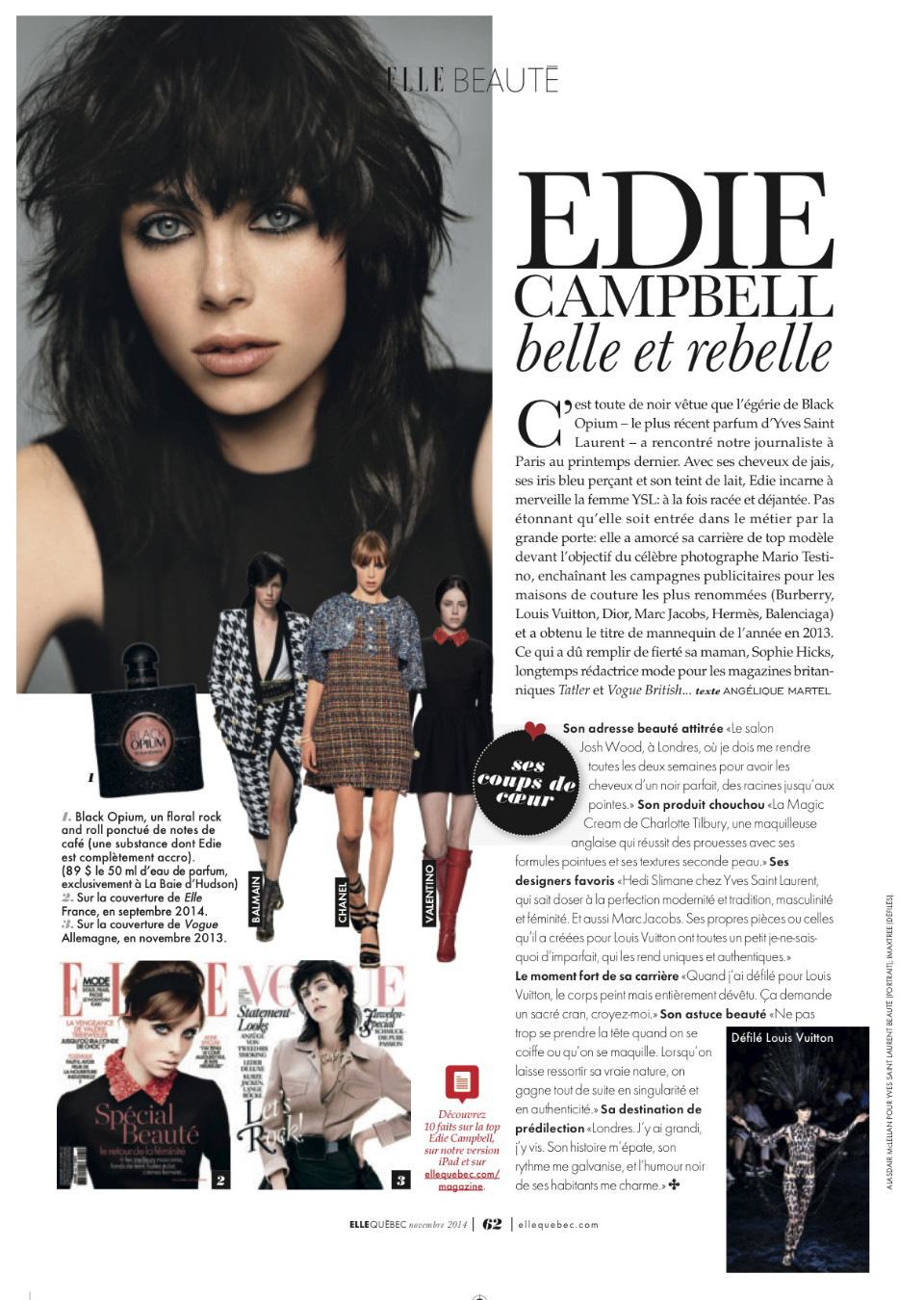 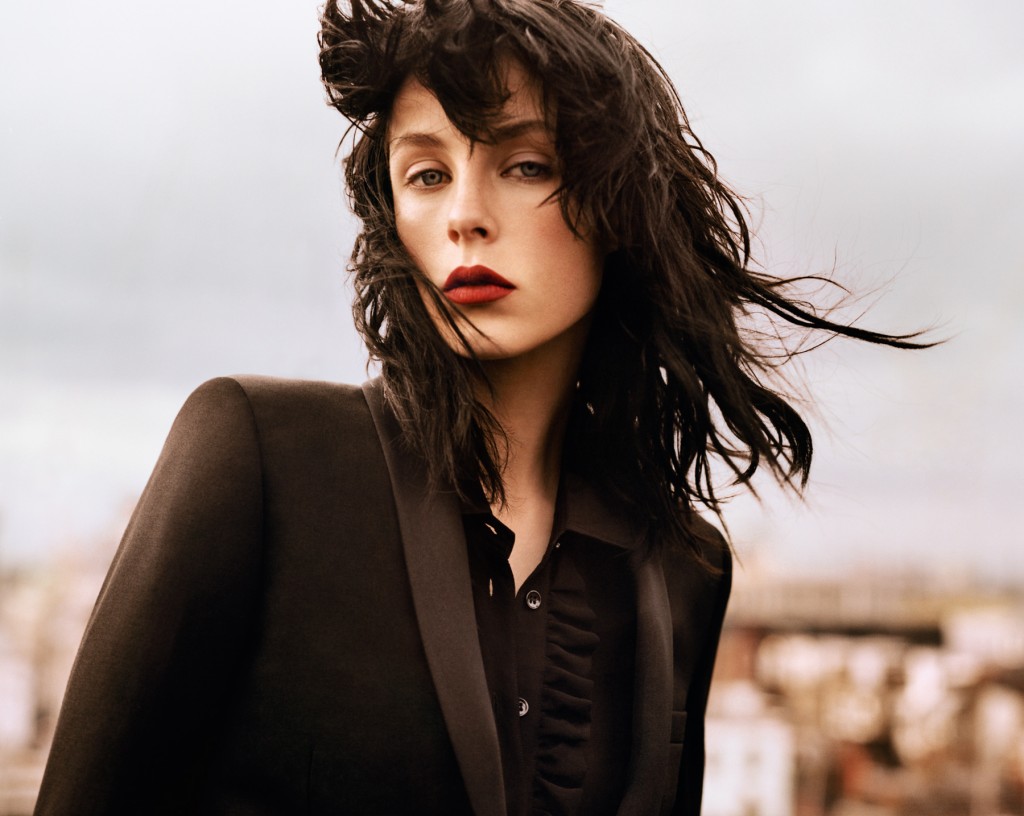 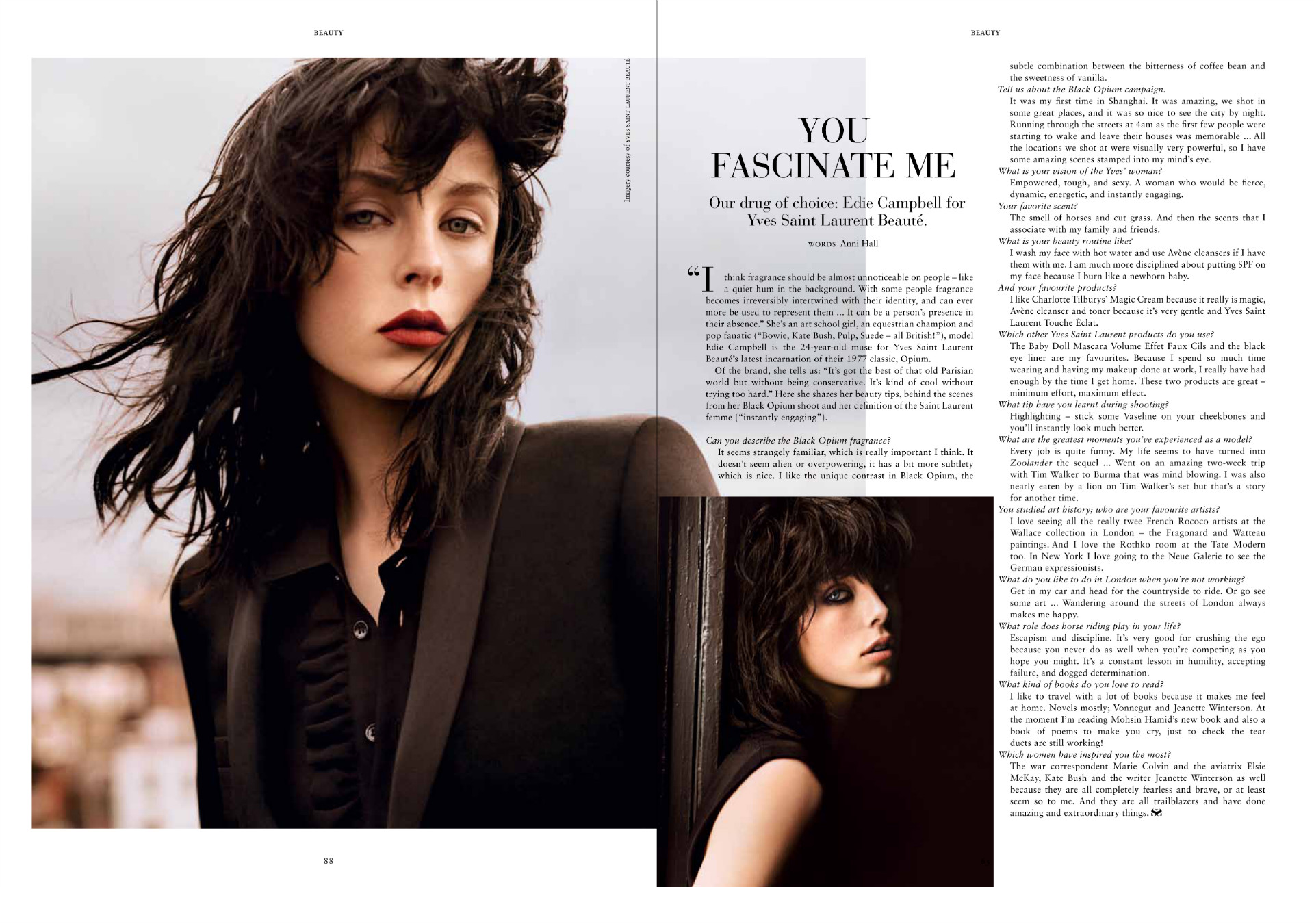 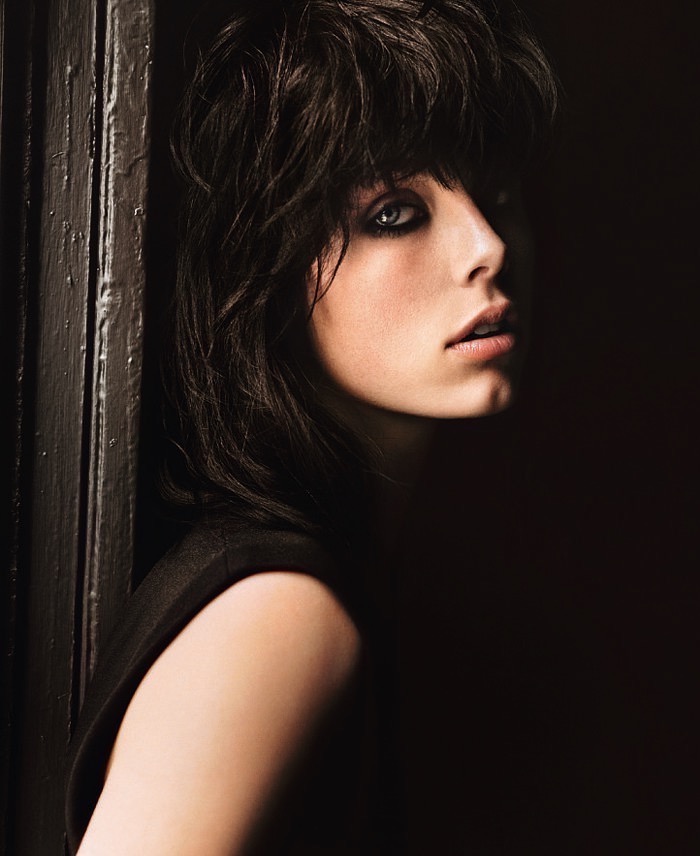