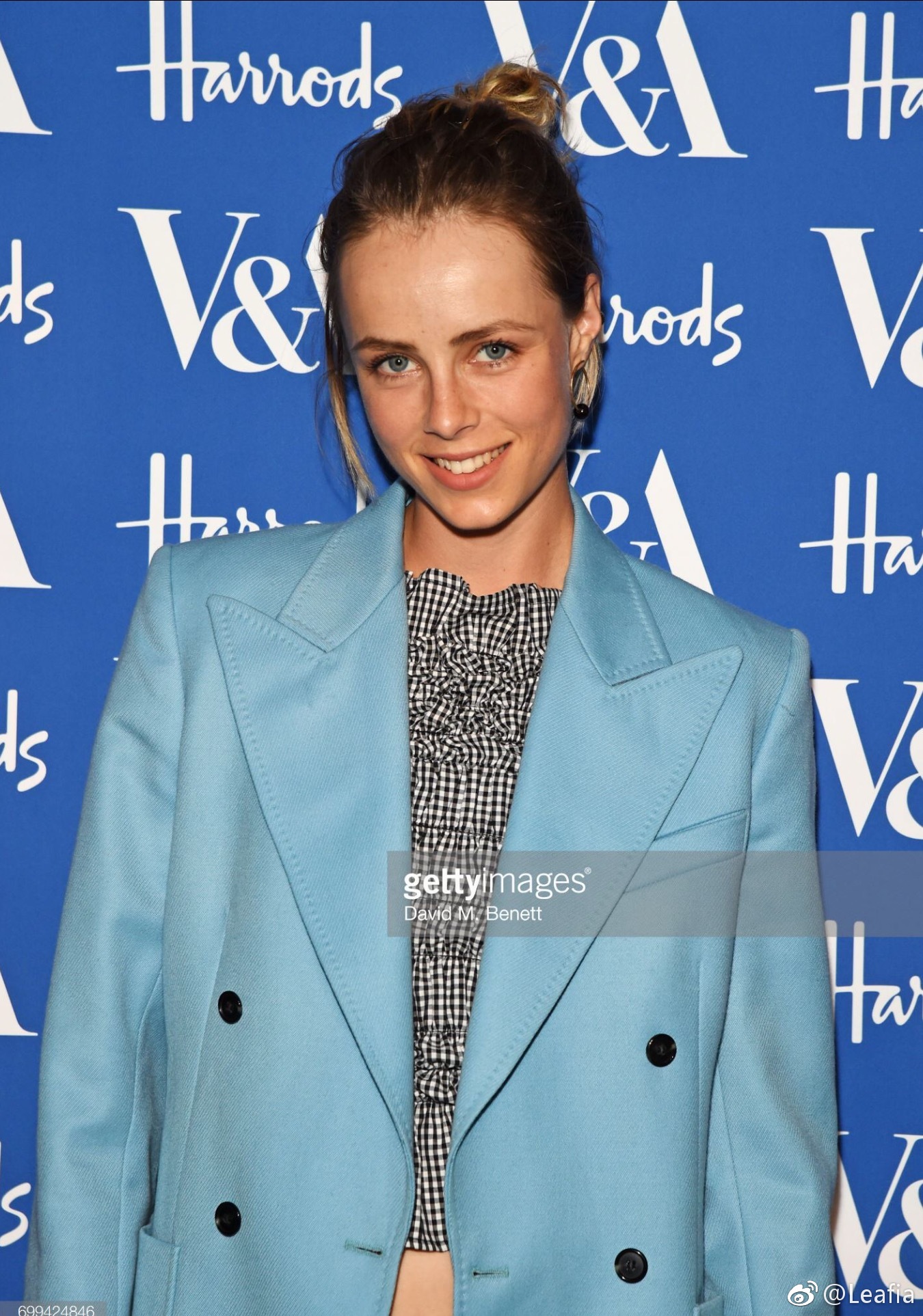 Rosy-cheeked model Edie Campbell (in a gingham Molly Goddard ruffled top and Hillier Bartley duck egg–blue blazer) howled with laughter as her mother, former model and architect Sophie Hicks, told stories of her recent trip to Indonesia. As Campbell’s godfather, Nicholas Coleridge, read out a thanks to the “jolly nice local department store Harrods” for its sponsorship of the evening, Campbell mused over her favorite aspect of the South Kensington establishment where the party was being held. “I think I like the Renaissance casts the best,” she said, “especially Narcissus — I see a little bit of myself in him.” 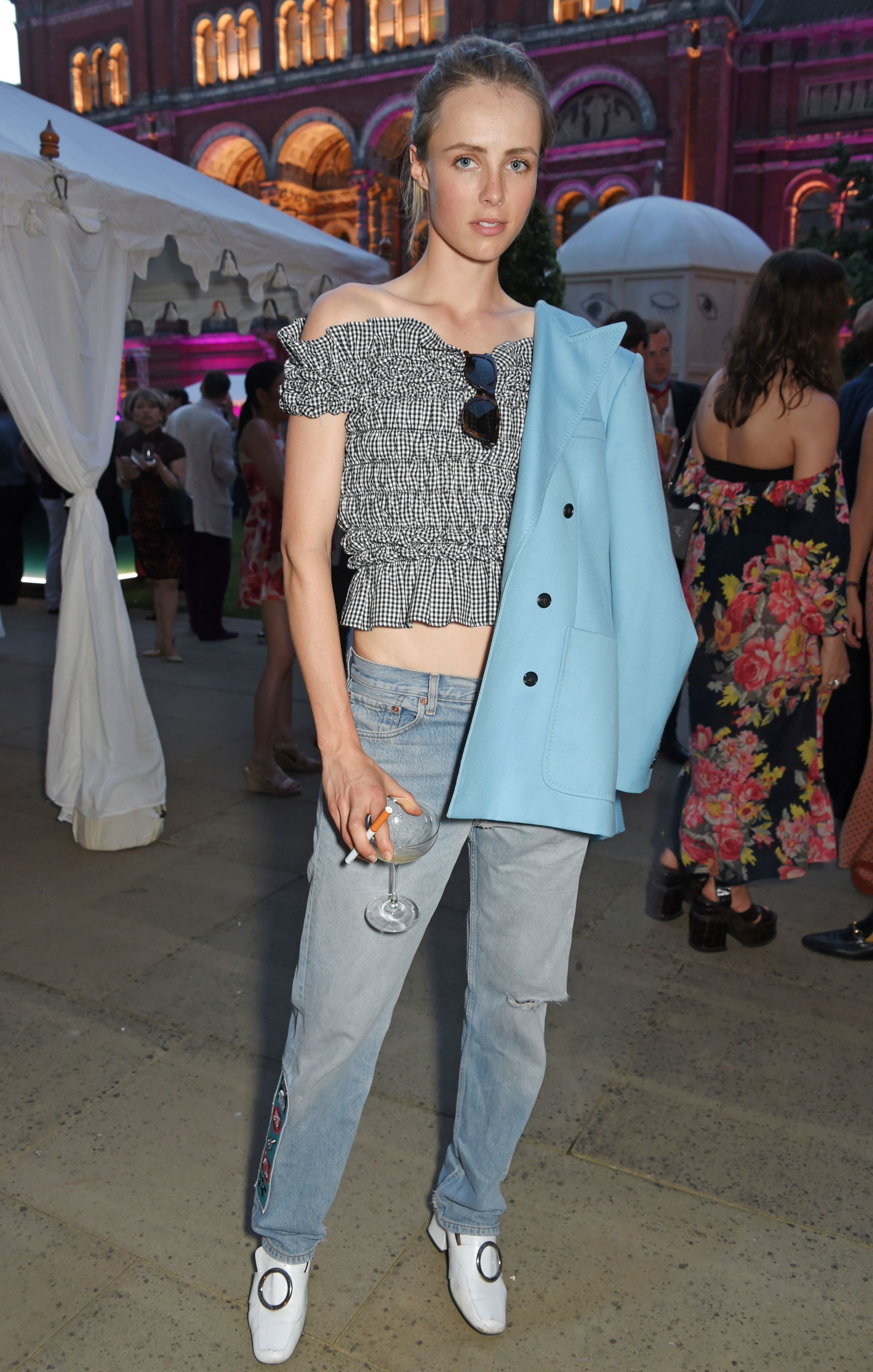 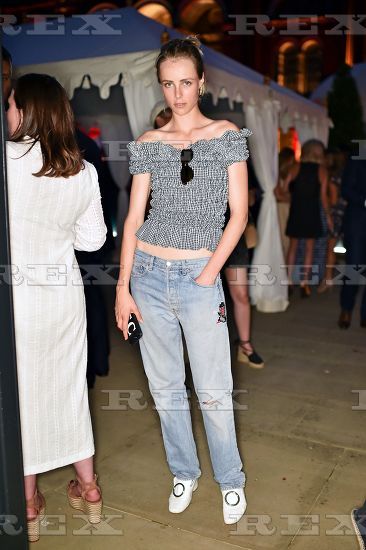 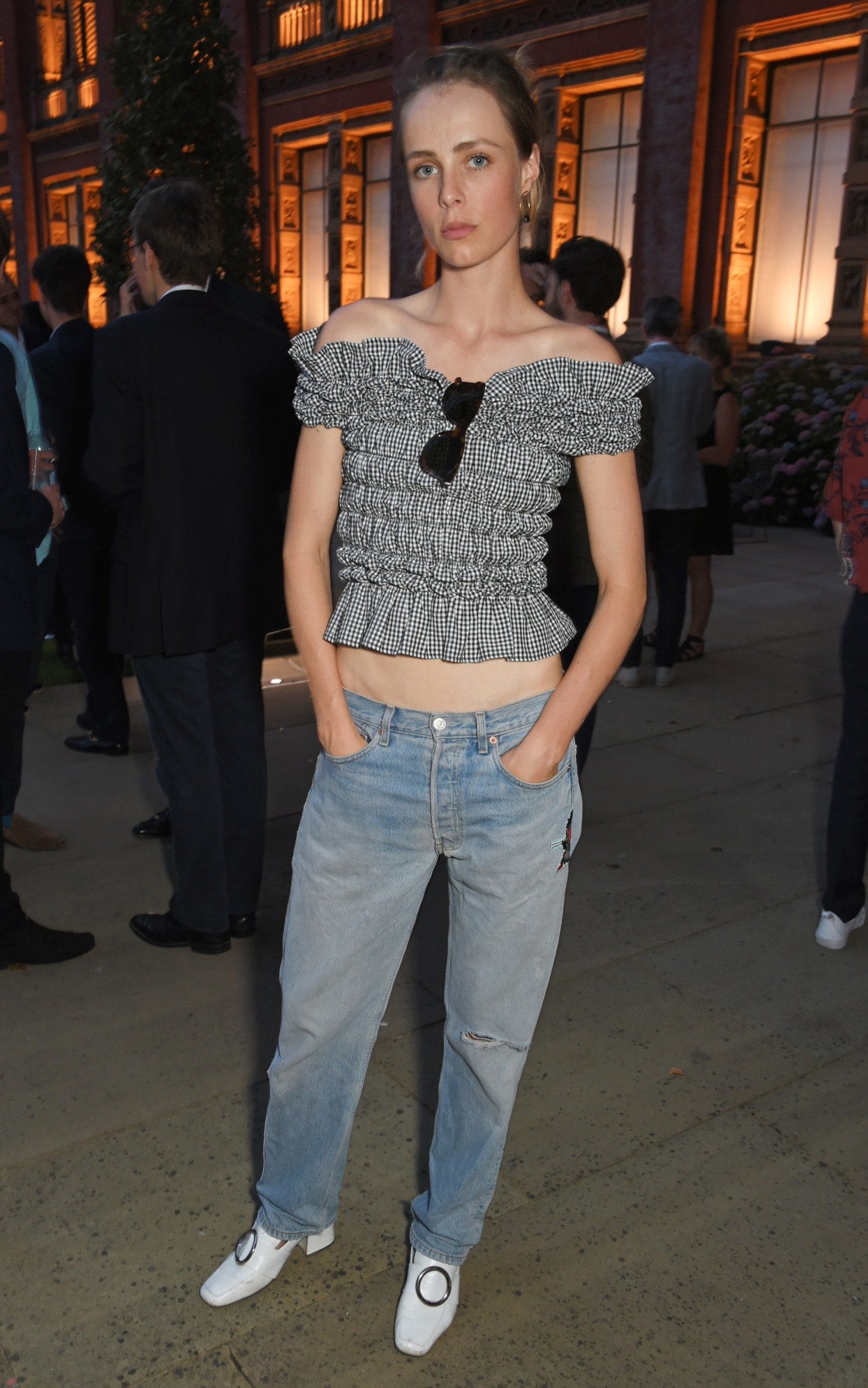