Christopher Kane brought a taste of his native Scotland to London on Thursday during a Burns Night celebration in honor of Robert Burns, who is widely regarded as the national poet of Scotland. Friends including Edie Campbell, Pam Hogg, Patrick Grant, Jack Guinness and Erdem Moralioglu joined the designer at the London Edition hotel’s intimate Punch room, and they were all decked out in traditional Scottish kilts or tartan trousers. “Just get a whiskey,” the designer said when asked for cocktail recommendations, waving a glass of whiskey on the rocks. Edie Campbell was quick to take his advice, having a sip straight from the bottle, while her friends snapped pictures of her.
WWD, 26 January 2018

Scottish designer Christopher Kane was hosting a Burns Night bash called Licence to Ceilidh. Patrick Grant, the tailor and TV presenter, and model Edie Campbell came in their best tartan, while broadcaster Kirsty Wark and Texas singer Sharleen Spiteri added to the Scottish contingent. Campbell did the Scots particularly proud. She was spotted helping herself to the Irn-Bru and Copper Dog punch behind the bar. “Well it is the end of January,” she said.
London Evening Standard, 26 January 2018 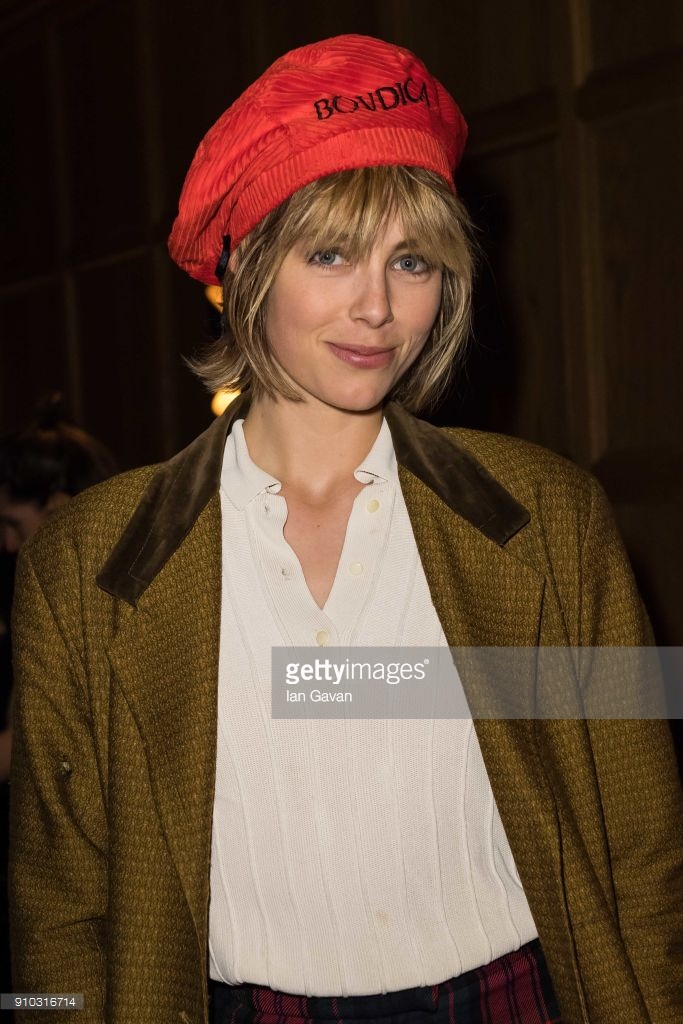 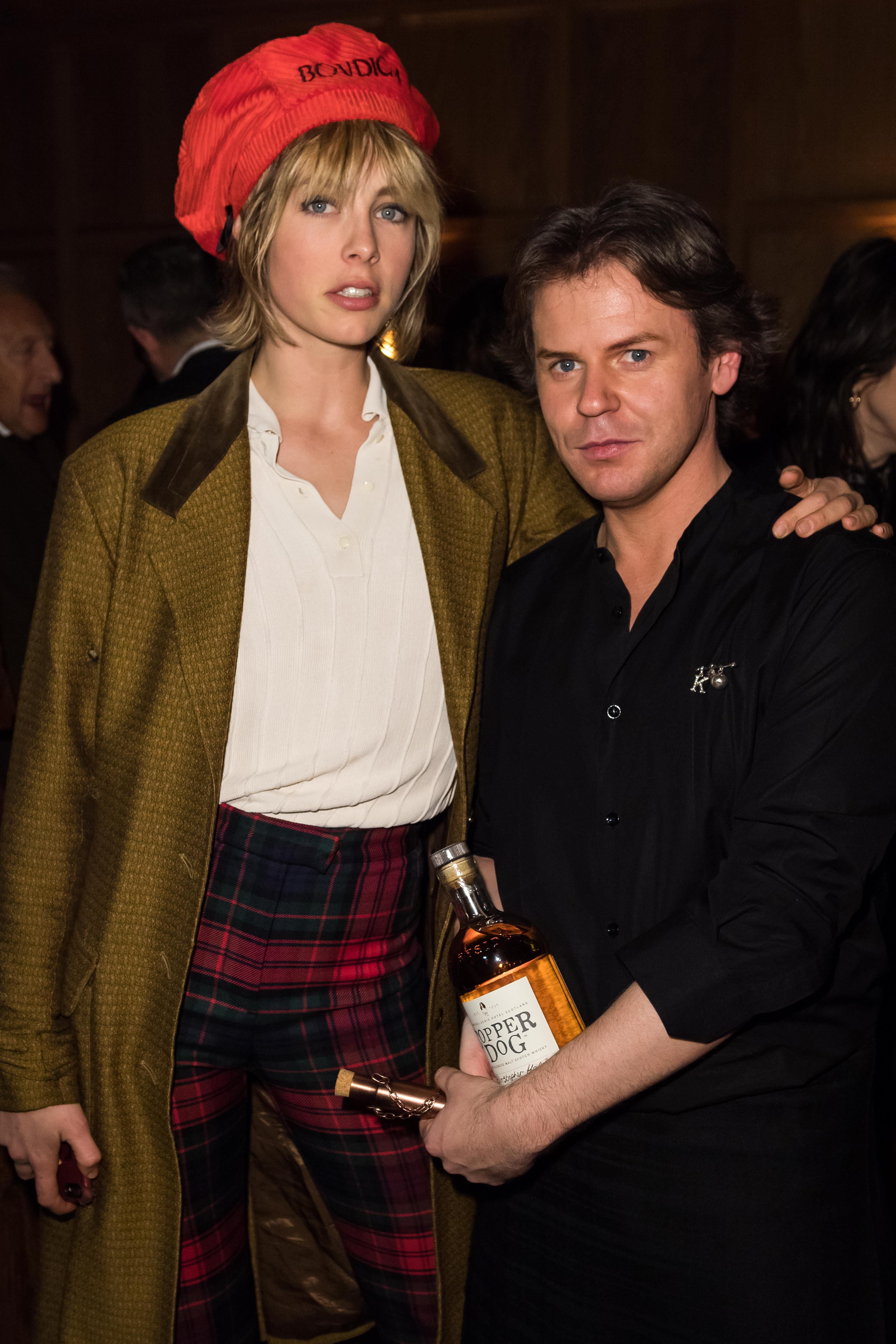 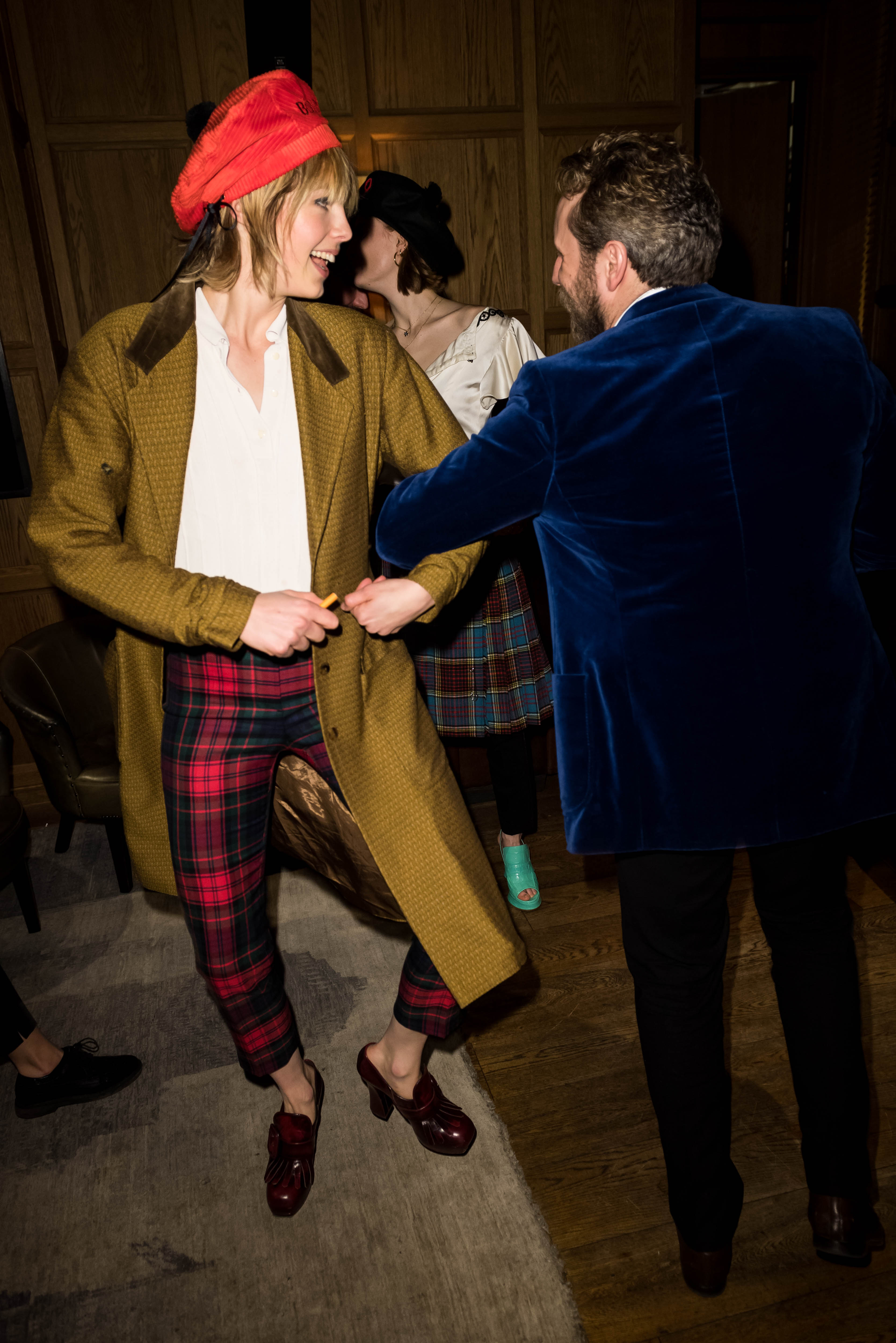 After a few wee whiskies, Edie Campbell pirouetted through a ceilidh. 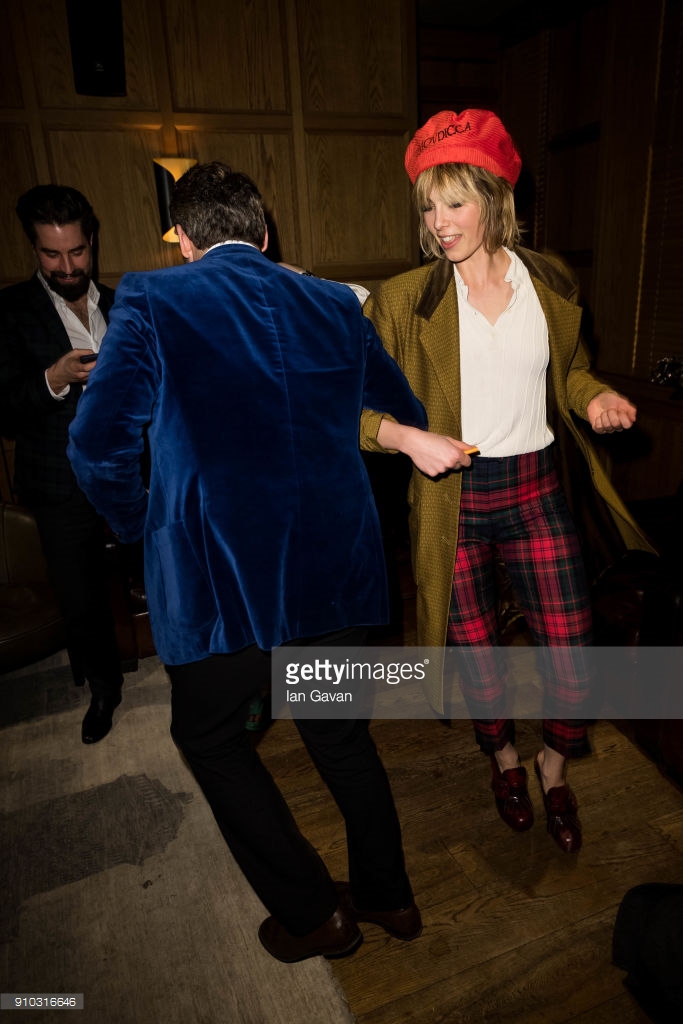 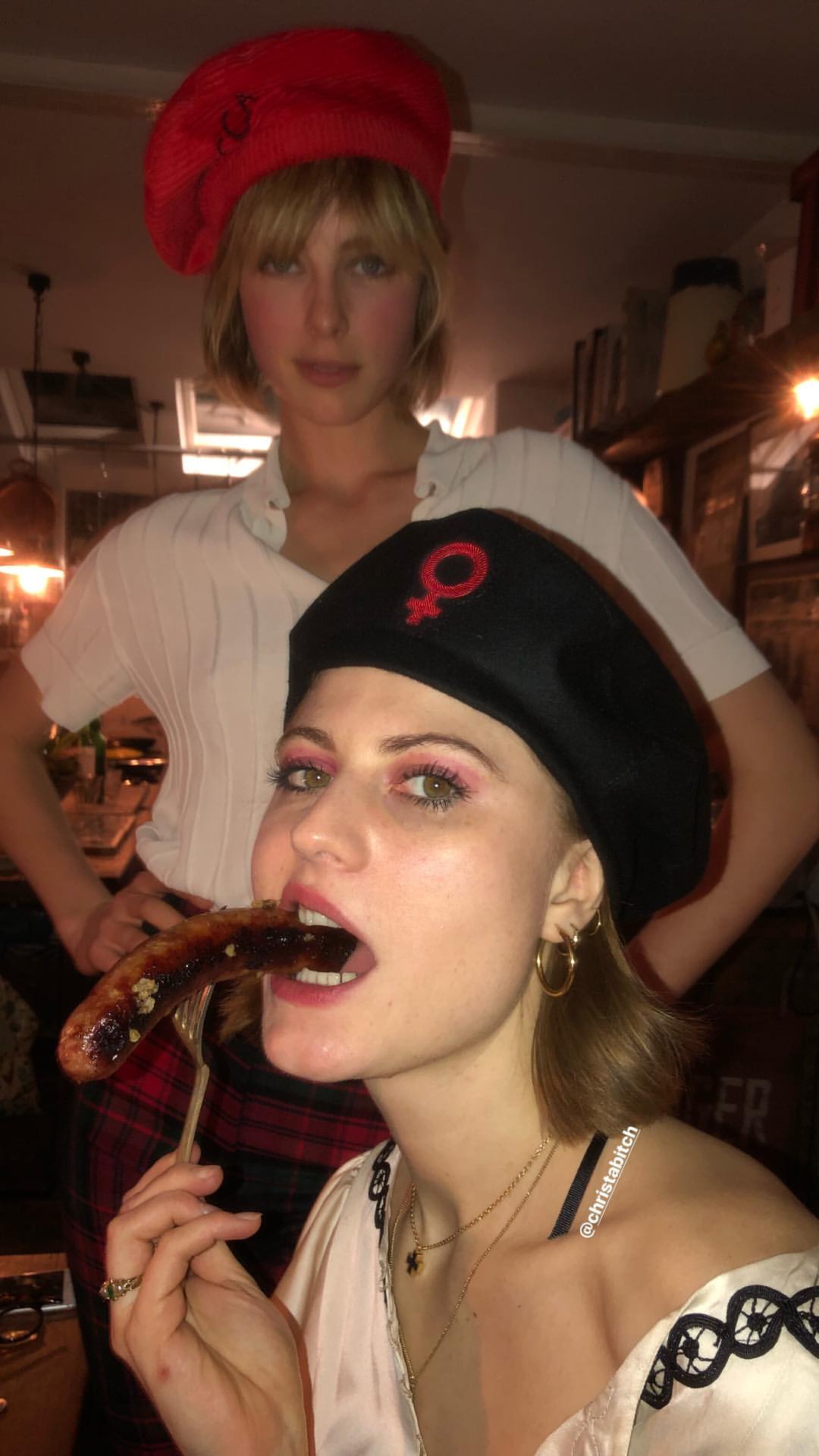 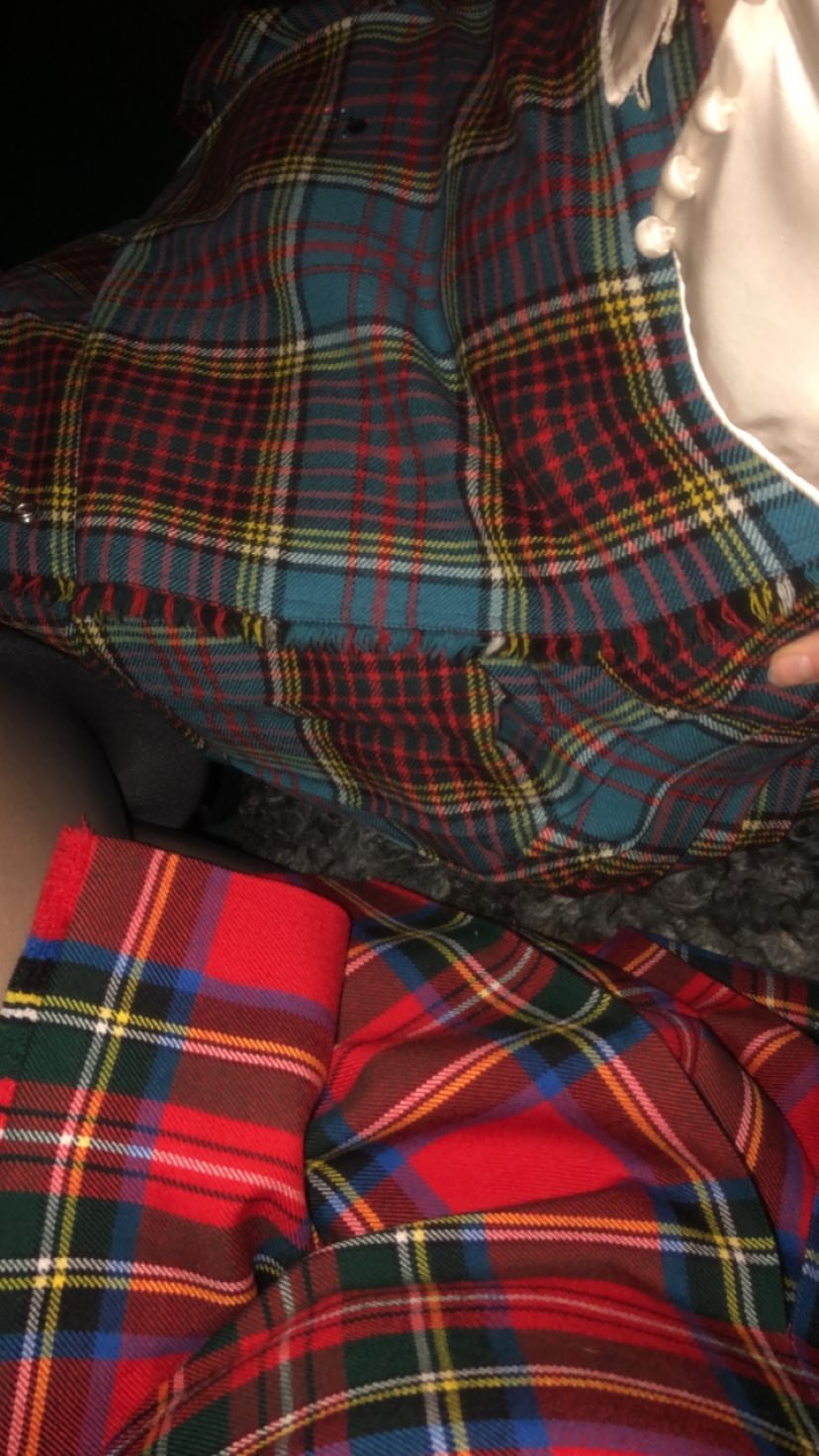